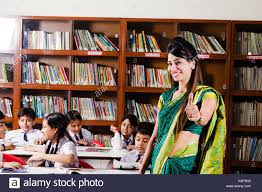 Any reform in any field generally undergoes a lot of controversies. The NEP(National Education policy), India 2020 draft has many key reforms that are well thought and planned by an efficient panel.This draft once released sparked a lot of debate on a few points that a certain group of people thought would take the education policy backward in time.

This write-up of mine is my understanding on all the key points of the draft and also a look at flip side on the so called controversial reforms.

ECCE by 2030 : Early child care for all by 2030.Even now this option is prevalent among the affordable group of people, by 2030 this would be available to all.

100% Gross enrollment :This is aiming 100% gross enrollment ratio from Pre-school to Secondary level and at least to a 50% until the higher level by 2030

5+3+3+4 : The current system of education has board exams during their 10th and 12th grades. Now the proposed system is trying to separate the stages of education   which is quite common in western countries, i.e 5 years of primary education(Early childhood,1st and 2 grade), 3 years of Preparatory stage(3,4,5th grade), 3 years of middle school(6,7,8th grade) and 4 years of high school(9,10,11,12th grade). Since, the system is now taking a more holistic reform, at the end of each stage the child is assessed only to help them focus on the area of improvement.  Now this reform has been a point of discussion as to why would the child have to be pressurized at many early stages. Well the flip side is , the child is not going to be retained on any of the grades until 8th grade. When being assessed the teachers /kids/ parents all of them know on which subject the child needs further grooming. These exams will be definitely conducted in a more relaxed manner and also when a child is introduced to such exams on an early stage , they would be more mentally prepared for such exams when it actually matters the most. But yes, we will have to make sure a stress free environment for such assessments

Mother tongue as medium of instruction: Well, it’s a known fact that kids understand better when taught in their mother tongue. It is such a welcoming reform that this is implemented at an early stage of education rather than a later stage as it is important that a foundation needs to be laid strong for a stronger building.

Special Education Zone : A team of people working for the underprivileged group in society, to have them attending schools on a regular basis. A team of innovative people will be constantly reviewing on strategies to bring these children to school and minimize dropouts. This point definitely shows how government is trying to enforce 100% gross enrollment.

National foundational and Literacy and numeracy mission: Certain group of people are good in their literacy and few in their numerical skills. This point will make sure that the foundational numerical and literacy skills are strong. This is one another point that shows a holistic approach of education.

Include Indian culture at all levels: Knowing one’s roots and remembering them at all stages of life is important for a child to grow up with good ethics and principles. Not all houses will be able to insist on this , so when Indian culture is included as part of education, the culture is going to last for generations to come.

Board exams being more modular: One of the major drawbacks of Primary/Secondary education was that it was a sheer memorizing task more than an actual assessment. Now this system will be modified to make the assessment based on their skills and keep the exams at low stake. The child will be assessed based on progress made so far. This makes sure that the child is progressing continuously.

Vocational Education in middle stage: Now this reform has created a lot of debate considering underprivileged kids, if vocational education is introduced in such an early stage, the cases of drop out might rise. My take here is that, in such a scenario the SEZ (mentioned above) will play an active roll by knowing the kid’s issue and bringing them back to school. The vocational training is given at an early stage so the child knows to streamline their career better. They can also be considered as life skills and introduction to vocational courses at an early stage would increase the entrepreneurial skills. If dropouts are the only concern of this reform, then there are definitely backup plans for the same addressed in the draft .

3 language options: This is one such reform that has sparked another controversy. This point suggests that apart from English and mother tongue any other regional language could be opted for study. This was criticized mentioning that it is an indirect way forcing on Hindi. My take here is , it’s a choice given to the kids, if the parents/kids would want to opt on any language other than Hindi they are welcome to. In any form of education this is common. A particular branch in engineering/medicine may be very common and most of the kids may be inclined to pick them. Just because some branch/subjects are favorite picks we cannot eliminate the options to kids. Knowing a third language is never made an assessment at any stage of education, it is just an option. So, my 2 cents here is that let us see this with an open mind and not with a political eye. Even after knowing the language, you can remain not to bow down to any political gimmicks. It’s a choice, make use of it!

Samajik Chetna Kendras: Government would try to use the unused capacity of schools, by combining the nearby similar schools so  balance is maintained. This would also ensure infrastructure/logistics cost is brought down and does not go wasted.

Regular assessment for teachers: When such big policies are made, it is important that all stake holders are considered. Continuous learning needs to be a part of a teacher’s career too, not just for the well being of the kids but also for the betterment of the teachers themselves.

Above all the health of kids is also being considered. Though there are schools that provide noon meals already, special care would be taken care towards the nutrient values . Also the policy change talks about bringing down the weight of a child’s school bag. Though this was being talked for many years not much has been done. Now there is decided curriculum to bring down bag weight for kids for 10 days in a month.

I have addressed most of the key points from the draft but there are a few more like PARAKH, gender inclusion, not losing a college degree if one has to quit and the middle etc. which are also some welcoming changes.Overall draft looks welcoming with really effective reforms. Though a couple of them seem debatable, end of the day the education that we receive will keep us prepared and help us in taking any “Educated/sensible” decisions in life.

Please let me know in the comments section your valuable feedback. Let’s keep the talk healthy!