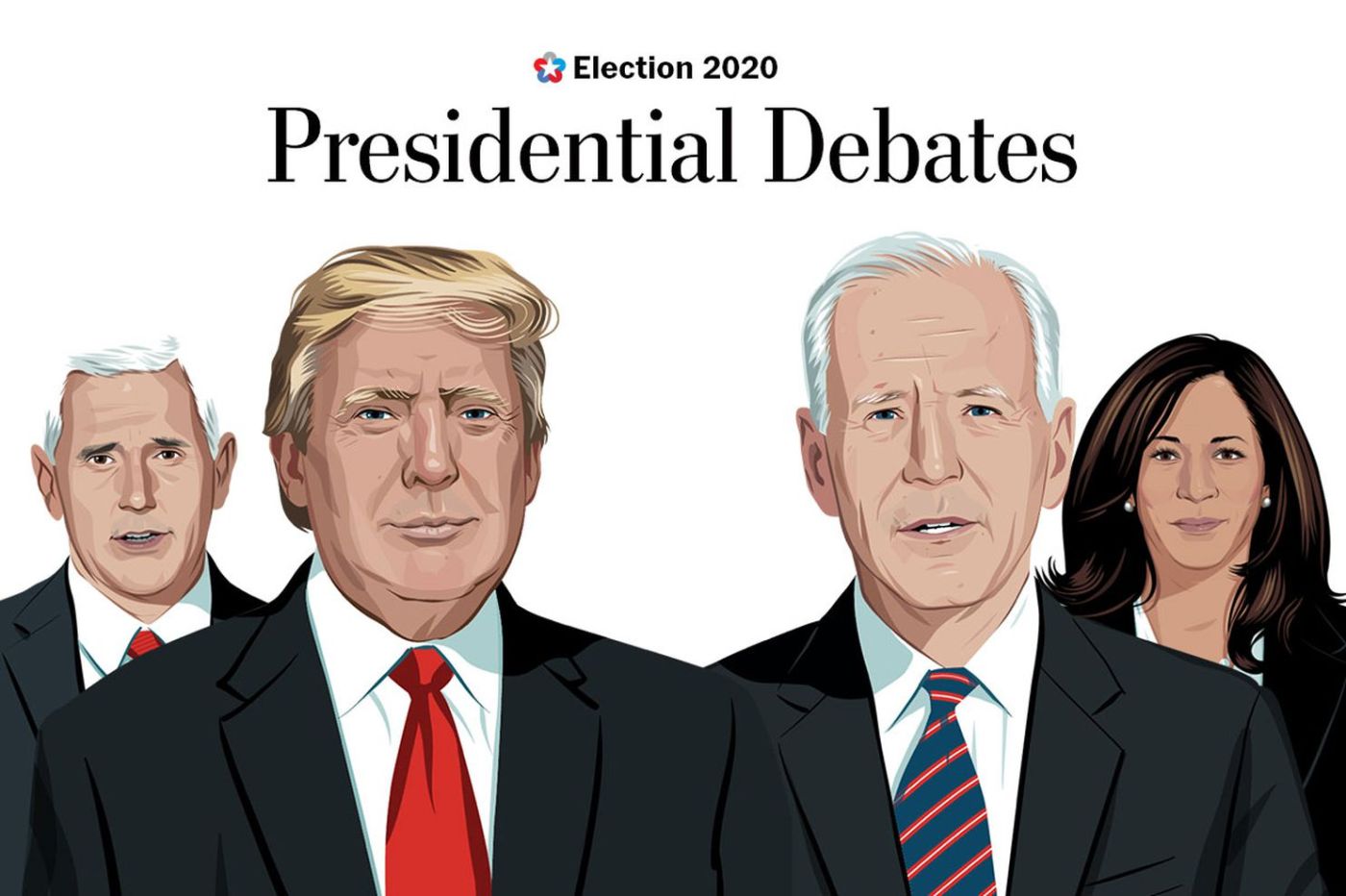 A country’s leader is a person who envisions and creates an inspiring future; it is expected that he/she sets an example for the future leaders to emerge. But nowadays more than a ‘leader’, countries are led by ‘masters’ who can neither preach nor practice but just wants things done. The nearing US presidential elections are the most awaited on a global level and the presidential/ VP debates that happened recently were one of the most discussed matters.

Why did it get so much footage?

Primarily because it is the US presidential debate and many citizens follow these debates so close even now. But most of the debate has become a joke nowadays. More than a healthy debate it has become a blame game after all. The leaders who stand on the central stage as our forerunners who do not follow the basic ethics to even wait until someone finishes their talk. This is a behavior exhibited by both democratic and republican party candidates and just one cannot be blamed. In fact, the news channels have come to a level where they have started keeping a count of the interruptions made; just to put forth the point that one candidate was better than the other 🤷‍♀️. It also has to be understood that a debate of this rank cannot happen uninterrupted, one has to instantaneously deny a false accusation understanding it’s repercussions but not all statements can be interrupted which happened in the presidential debate.

It was really upsetting to see Mr. Trump interrupting almost all of the statements by Mr. Biden which showed his intolerance of any criticism made against him or his party. On the other hand, Mr. Biden could have been more aggressive and responsive. The usage of the word “clown” on the president of the united states, on a national debate was not needed. Gone are the days when there was a dignified approach among leaders; of Course, it is undeniable that this trend was started by Mr. Trump.

Another saddening trend is dodging questions. Both party candidates dodged the questions asked to them and were rather talking about irrelevant issues. A couple of irrelevant answers in my opinion.

Moderator to Trump: What do you believe in the science of climate change?

What do people decide with such answers? Aren’t the citizens entitled to receive more responsible and sensible answers?

Moderator to Biden: Do you support the ‘Green new deal’?

The Green new deal is a package proposed by the US to address climate change and economic inequality. The deal is proposed to progress the nation towards the complete use of renewable energy by 2035 and 100% employment in green opportunities. Now, when Biden said he does not support this deal, the statement irked many of the citizens because there were instances in which he exhibited his support for the deal. When there are such inconsistencies within a party that too about an important global issue, citizens are frenzied. Dodging the question on court-packing also raised eyebrows among the viewers.

The VP debates were slightly better delivered than the presidential debates. Though Mr. Pence had interrupted multiple times, it was not insane as the former one. Both the democratic and republican candidates again dodged questions on ‘Court-packing’ and ‘Medicare policies’ respectively.

Why is this happening? Are not both the parties required to have clear ideologies? Should not they be prepared well for such debates?  In the VP debate, when Pence was asked about climate change and given 2 minutes for his answer, he was trying to address the previous question? How can this be allowed? Most of the time the candidates are not precise on their plans, the 2 minutes are over in boasting the past performance on their respective parties, and the next 1 minute for taking up questions is spent on blame games.

Their answers for the 6 questions to be asked by the moderator should be given in a written format well before the debate so their solutions can be discussed upon. This is needed because these are not questioning like any normal examination, the answers need to be prepared, apparently the solutions that they provide must be implemented. The moderator can reserve a couple of on the spot questions at the end if he/she requires.

Both parties should be allowed to give uninterrupted answers to the moderators. Interruption can be prevented by turning off the other candidate’s microphone when he/she is not answering.1 minute can be provided for interparty questioning i.e candidates should answer each other’s questions. When it comes to questioning on Economy, the parties must be clear with a plan mentioning the sectors in which they would increase employment and the funding figures.

America being a land of immigrants, there should be a question on immigration policy.

There can be a penalty for continuous annoying interruptions.

Overall, this country needs a healthy and better presidential debate because many decide their votes based on these debates. Let us make the 2024 elections much better and lead by example for the younger generation to come.